It was there that he realized the great potential of medical research when it is driven by clinical needs. After this experience, and thanks to support from Bioengineering faculty, Schuelke decided to further his education through an MD-PhD program, with the Mayo Clinic’s program at the top of his list. 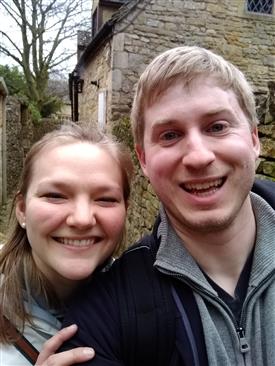 While Schuelke had wanted to be a doctor since childhood, there was one event that confirmed this aspiration. Schuelke had a serious skiing accident during high school that resulted in emergency neurosurgery and an uncertain prognosis. He surprised everyone when he was released from the hospital in a matter of days. Schuelke’s exposure to the skill and heroism of physicians impacted his dream to one day work in the medical field.

According to Schuelke, his Bioengineering undergraduate experience was vitally holistic because it trained students in a unique breadth of fields ranging from electrical engineering to biomechanics to regenerative medicine.

In addition to those who encouraged him to pursue research at Mayo Clinic, Schuelke is grateful to Illinois Bioengineering faculty members Michael Insana, Jennifer Amos and Wawrzyniec Dobrucki for positively impacting his undergraduate career. For example, he conducted extensive undergraduate research with Dobrucki, performing open-heart surgery on rats and co-authoring research papers.

Today, Schuelke is in his sixth year in the Mayo Medical Scientist Training Program (MSTP), where he conducts research in Richard Vile’s laboratory that engineers viruses and the immune system to fight cancer.

According to Schuelke, oncolytic viral engineering only began around 20 years ago, but the concept is much older. “For over a century now, doctors have observed that if cancer patients contract an infection, sometimes the tumors disappear,” said Schuelke. "Because of the body’s highly complex and advanced immune system, it is able to fight off a virus. But, since tumors must turn off certain antiviral pathways in order to enhance their own growth, some viruses can actually kill tumors or generate anti-tumor immune responses."

Schuelke is exploring ways to adapt existing viral and immune-based therapies to treat a rare pediatric brain stem tumor called Diffuse Intrinsic Pontine Glioma, or DIPG. His PhD thesis is designed to prompt the next step towards clinical trials for DIPG therapy.

As for his future, Schuelke plans to enroll in a pediatrics residency after completing his MD-PhD degrees. Then, he hopes to join a pediatric hematology-oncology fellowship where he will launch his career in pediatrics research as an immuno-oncologist.