A physiologist by training, Amy Baek conducts research that explores extracellular vesicles (EVs), which are circulating cell-derived particles containing regulatory molecules that can effect changes in target cells. Released from many types of cells and associated with cancer progression, EVs are a rapidly growing field of interest. 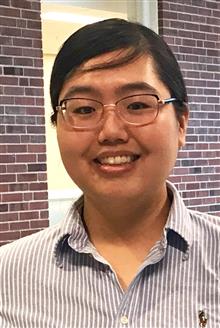 “My interest is in the relatively less studied host cell or non-cancerous cell derived EVs,” said Baek, a Bioengineering research assistant professor. “I’m interested in conducting studies on the physiological and pathophysiological role of EVs in homeostasis and cancer progression.”

Before joining the Illinois Bioengineering faculty, Baek was a post-doctoral researcher in the Molecular and Cellular Biology Department on campus, where her work was funded through a Susan G. Komen post-doctoral fellowship.

During this time, she worked on a project that examined how cholesterol impacts breast cancer metastasis, which resulted in a paper published in Nature Communications.

“In this work, we studied how the cholesterol metabolite 27-hydroxycholesterol (27HC) drives breast cancer progression through its actions on γδ T cells and myeloid cells, such as polymorphonuclear neutrophils,” she said. “27HC increased their presence at metastatic sites, while also reducing cytotoxic T cells, which are important mediators of antitumor immune responses.”

Baek earned her PhD from the University of Michigan, where her doctoral thesis resulted in a high impact paper published in the Circulation. In that work, Baek created several transgenic mouse models where the enzyme CD39, which phospohydrolyzes ATP and ADP, was overexpressed as part of a study on cerebral ischemia or stroke. 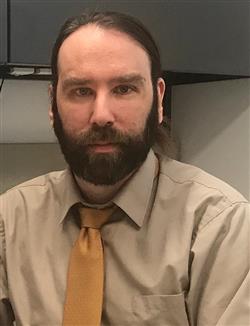 Currently the group is developing the pre-clinical imaging technology for use on small animals, such as mice, because medical researchers studying various diseases perform much of their modeling on these subjects.

“Biologists and geneticists now have such influence over the molecular mechanisms of lung disease and therapy, but they need a non-invasive way of seeing the effects of their treatments,” said Brooks. “There is a huge demand for this sort of imaging.”

Brooks applies statistical learning-based methods to lung images obtained from mice in vivo. He also helps design the animal imaging experiments and, with collaborators at other institutions, is extending these experiments and analyses to various disease models.

According to Brooks, a long-term goal for developing the X-ray system and his medical imaging analysis techniques is to improve clinical imaging for infants.

“For lung imaging, a pie in the sky clinical dream is to be able to do this type of imaging in babies,” said Brooks, who noted that years of continued technology development lie ahead for this to become a reality.

Another research interest for Brooks is the quantitative assessment of image data generated by neural networks. Generative adversarial networks (GANs) are one type of neural network that can be used to learn/apply a “style” from/to a collection of images. Some researchers have proposed to use GANs to grade, augment and even completely synthesize clinically useful image data for medical research, however, there is very little existing theoretical work describing how these synthetic data actually impact clinical studies.

Brooks looks forward to establishing collaborations with researchers at the Beckman Institute, where the group’s X-ray system is being located, and elsewhere across campus. “Anytime we can apply machine learning to biomedical images, we are happy,” he said.

Brooks earned his PhD in 2008 from Washington University (WashU) in St. Louis. He conducted his post-doctoral research in the department of Radiation Oncology at the university's medical school. In 2014, he joined the Cardiovascular Imaging Laboratory at the Mallinckrodt Institute of Radiology as research faculty. He joined Anastasio’s group in the Biomedical Engineering Department at WashU in 2017.

A clinical medical physicist at the Carle Cancer Center in Urbana, Hua Li, is developing advanced imaging and image analysis techniques to help solve clinical problems in radiation therapy and disease diagnosis. She also is an adjunct research associate professor in the Bioengineering Department, where she runs the Medical Imaging and Bioinformatics Lab.

Her current research, which is funded through an NIH grant, focuses on developing personalized chemo-radiation therapy for patients diagnosed with cervical cancer. She and her team are exploiting a large, prospectively collected database of about 400 cancer patients consisting of archived PET, MRI, and CT images, standard biomarkers, and clinical outcomes. 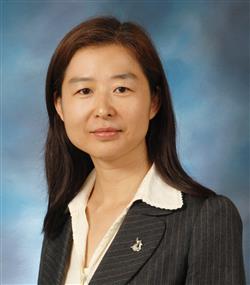 Their goal is to develop an innovative and accurate radiomics-based prognostic model for predicting cervical cancer treatment outcomes.

“We do the image processing analysis using machine learning algorithms to find a relationship between the pre-treatment medical images (e.g., PET, MRI, and CT) and the treatment outcome,” said Li. “We can then build a more precise and robust prediction model that could potentially be used for future patients.”

In the meantime, she and her research collaborators are working on using multimodal biomarkers to provide detailed characterization of the tumor phenotype and further improve the prognosis accuracy of oropharyngeal squamous cell carcinoma treatments. The multimodal biomarkers include imaging, miRNA, HPV, clinical and histopathologic biomarkers. Their preliminary experiments show promising results.

For the past nine years, Li was a faculty member in the Department of Radiation Oncology at Washington University in St. Louis, where she collaborated with physicians at the university’s medical school. She was part of a team that proposed a new PET tumor segmentation algorithm to reduce the variations on tumor volume and provide stable radiomic features.

She also was the lead investigator on an industry-funded project to develop an automated contouring quality assessment prototyping software for clinical use in radiation therapy.

Being both an engineer and medical physicist, Li understands clinical work flow and research trials. “I’m excited to be a part of Carle and Illinois Engineering,” said Li, who earned her PhD in electrical engineering and completed residencies at Mayo Clinic. “This is a great opportunity to enhance the connections between healthcare and the university, connecting the first-class engineers with the medical environment.”

Li has published more than 50 peer-reviewed papers in leading imaging and medical physics journals, including Pattern Recognition Letters, IEEE Transactions on Biomedical Engineering, and Medical Physics, to name a few.

Last year, a post-doctoral researcher from her Washington University Lab won the Jack Krohmer Junior Investigator competition, and she and her students are three-time winners of the Best in Physics prize from the American Association of Physicists in Medicine (AAPM).