The most prevalent chronic disease in both children and adults, tooth decay occurs when the good and bad bacteria in our mouth become imbalanced. The bad bacteria, Streptococcus mutans, forms a biofilm (aka tartar), then takes the sugars we eat and ferments them into acid, which decalcifies our teeth and causes cavities.

Scientists know, though, that there is a second harmful bacteria called Streptococcus sobrinus that accelerates tooth decay in some people, but very little is known about this microbe. This will soon change because a team of Illinois Bioengineering researchers led by Assistant Professor Paul Jensen has successfully sequenced the complete genomes of three strains of S. sobrinus. 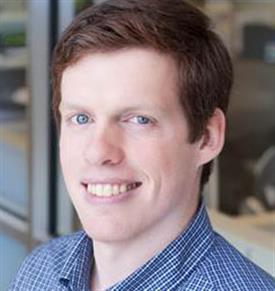 According to Jensen, S. sobrinus is difficult to work with in the lab and it is not present in all people, so researchers have instead focused their efforts over the years on understanding the more stable and prevalent S. mutans, which was sequenced in 2002.

"Although it is rare, S. sobrinus produces acid more quickly and is associated with the poorest clinical outcomes, especially among children,” noted Jensen, a researcher at the Carl R. Woese Institute for Genomic Biology on campus. “If S. sobrinus is present along with S. mutans, you’re at risk for rampant tooth decay, which means there's some level of communication or synergy between the two that we don't understand yet."

Now that the S. sobrinus sequencing is complete, Jensen and his students are building computational models to better understand how the two bacteria interact and why S. sobrinus can cause such potent tooth decay when combined with S. mutans.

Already they have confirmed, for example, that S. sobrinus lacks complete pathways for quorum sensing, which is the ability bacteria have to sense and react to nearby bacteria, and ultimately proliferate.

According to Jensen, S. mutans bacteria send out feelers in the form of a peptide to find out how many other S.  mutans cells are nearby. Once the S. mutans cells reach a certain threshold, they attack and create an imbalance in a person's mouth between good and bad bacteria, which leads to rapid cavity formation.

"S. sobrinus doesn't have a complete system to do this," said Jensen. "We're really curious to explore this further and find out what is missing and why."

Interestingly, the entire S. sobrinus genome sequencing was completed by a team of Bioengineering undergraduates and students enrolled in the one-year Master of Engineering (M.Eng.) program, rather than doctoral candidates who typically conduct this type of research over several years.

"For the S. sobrinus field, this is groundbreaking work because the field was plagued by a lack of information," said Jensen. "In 2018, it is surprising that we had a whole species [of bacteria] that causes disease and no complete genome of it. Yet, an ambitious team of undergrads and M.Eng. students completed the sequencing in a year." 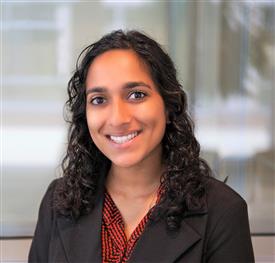 Mia Sales, who graduated with her bachelor's degree this past May, completed the assemblies of two of the species of S. sobrinus. Sales also built the computer that other team members used to do the initial genome assemblies.

Fellow undergraduate Will Herbert worked on the annotation part of the project, finding genes in the strings of approximately 2 million adenine (A), cytosine (C), guanine (G), and thymine (T) nucleotides that make up the S. sobrinus genomes.

Other contributors to the research include M.Eng. students Yuting Du, Amitha Sandur, and Naaman Stanley. "This work exemplifies the students' ability to synthesize their learning experience with a completely new insight, resulting in an original research publication," said Professor Dipanjan Pan, director of the M.Eng. program.

The Illinois team has uploaded the sequencing information to the GenBank public database so scientists worldwide will have access to the S. sobrinus genomic information. Their work was published in journal Microbial Resource Announcements under the title: "Complete genomic sequences of Streptococcus sobrinus SL1 (ATCC 33478 = DSM 20742), NIDR 6715 (ATCC 27351 & 27352), and NCTC 10919 (ATCC 33402)."

This work was funded by a grant from the NIH National Institute of Dental and Craniofacial Research and the Illinois Master of Engineering in Bioengineering program.