Two University of Illinois faculty members with ties to the Bioengineering Department were named to the 2017 Power List, the “Magnificent Tens” published by The Analytical Scientist magazine. Bioengineering Professor Shuming Nie was selected as one of the 10 Giants of Nano, including microfluidic and nanoscale science; and Chemistry Professor Jonathan Sweedler, a Bioengineering affiliate faculty member, was selected as one of the 10 Leaders influencing the progress of measurement science.

A pioneer in advancing biomedical nanotechnology, Nie is best known for his breakthrough work in semiconductor quantum dots (QD) as well as in “hot” plasmonic nanoparticles that are able to amplify the efficiencies of surface-enhanced Raman scattering (SERS) by 14-15 orders of magnitude. These monumental advances have allowed for the nanoscale analysis of complex mixtures and biological systems, which has a variety of potential applications, including in-vitro diagnostics and bioimaging. 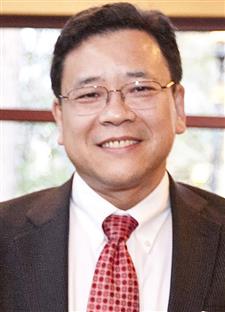 Before joining the Illinois faculty this fall, Nie was a faculty member at Georgia Tech and Emory University, where he developed imaging schemes that use gold nanoparticles to highlight tumors. This work led to a commercial image-guided surgical system that allows surgeons to better visualize tumors in real time during a procedure, making it possible to excise tumors that were previously inoperable due to location or obscurity.

More recently, Nie has explored the use of bioconjugated nanoparticles for therapeutic drug delivery, making it possible to deliver the drugs directly to the tumors with minimal damage to non-cancerous cells. This type of therapeutics could result in more effective cancer treatment with far fewer side effects.

Nie has collaborated with thoracic surgeons at the University of Pennsylvania, neurosurgeons at Mount Sinai in New York, and GI surgeons at Emory to develop clinically applicable nanoparticles and spectroscopic instrumentation for intraoperative cancer detection and image-guided surgery. During the last five years, his collaborative teams have been engaged in seven clinical trials for image-guided cancer surgery, enrolling more than 300 cancer patients at multiple hospital sites.

Nie is the Grainger Distinguished Chair in Engineering at Illinois, and he is affiliated with the Departments of Chemistry and Electrical & Computer Engineering, Beckman Institute for Advanced Science, Micro + Nanotechnology Lab, and Carl Woese Institute for Genomic Biology.

Jonathan Sweedler, who joined the Illinois faculty in 1991, has made ground-breaking advances in small-volume chemical analysis, including the fields of metabolomics and peptidomics (the measurement of the small molecules and peptides in samples). He and his research group have created novel approaches to analyze the chemical content of individual cells using capillary electrophoresis and mass spectrometry. As one example, they have described how to measure peptides in a single secretory vesicle, the smallest sample ever assayed with mass spectrometry.

Sweedler and his group have applied their measurement technologies to research projects involving several large collaborative teams. Together they have discovered and characterized literally hundreds of neuroactive peptides and neurotransmitters. Their work has resulted in the discovery of more than a thousand peptides from a broad range of animal models, including the honey bee, flatworm, sea slug, songbird, cow, pig, and other mammals, shedding new light on how these molecules influence learning, memory, and behavior across the animal kingdom. 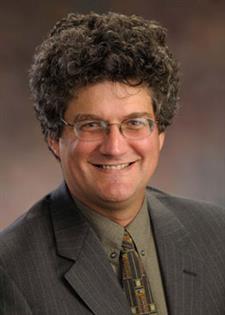 Sweedler runs the National Institute on Drug Abuse-funded Neuroproteomics and Neurometabolomics Center on Cell to Cell Signaling, which provides these unique measurement capabilities to the local and national neuroscience communities. The Center enables new studies related to both fundamental neuroscience and drug abuse research.

In addition to his scientific achievements, Sweedler is currently the Editor-in-Chief of the highest impact research journal in the measurement sciences, Analytical Chemistry.

Sweedler holds the James R. Eiszner Family Endowed Chair in Chemistry and serves as the Director of the School of Chemical Sciences; he is affiliated with the Departments of Molecular and Integrative Physiology and Bioengineering, the Neuroscience program, the Beckman Institute for Advanced Science and Technology, and the Carl Woese Institute for Genomic Biology.